Rise and Shine: Dispel the Darkness By Being the Light 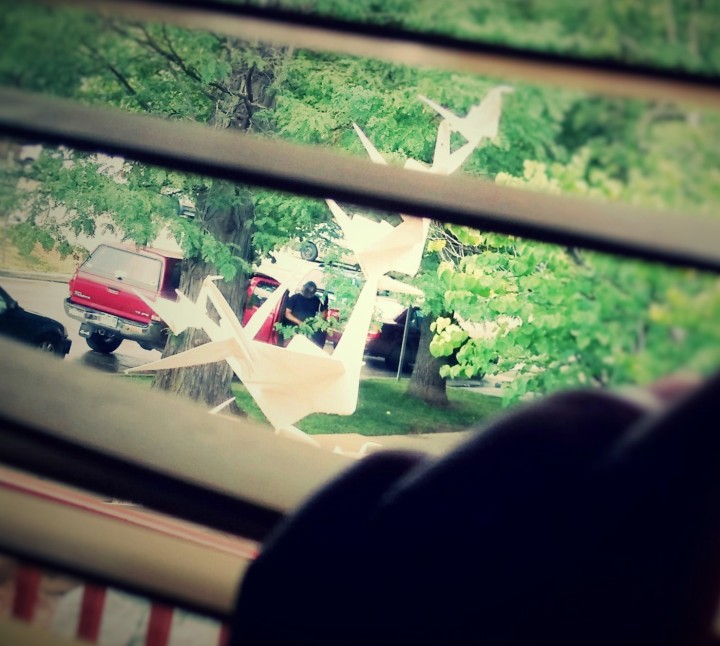 On November 15, 2016, a week after the election of DJT, two friends and I facilitated a mindfulness meditation on dismantling racism that we called, “Peeking Through the Blinds”. Kara Dansky, of One Thousand Arms led us through the meditations and Brian Rocheleau (aka Rosh), of The Blind Cafe, provided the music. I set up the conditions and facilitated the dialogues that were interspersed between the meditations. From what we’ve been told, the event was a positive experience for all involved. Our goal with coming together in this way was to invite people into the possibility that they are the difference makers they might be looking for in the world.

Rosh, Kara, and I all come from different backgrounds racially, culturally, ethnically, religiously, etc. However, our mutual desire to practice what we preach and share what we’ve learned drew us together in such a way that it was clear to us that the sum of what we could do together was greater than what we could do alone. To put it simply, we were operating from a place of compatibility. Each of us drew from our strengths and what emerged was a natural flow that required little on our parts in terms of controlling the space. This occurred despite the fact that both Rosh and Kara basically flew in from California and New York respectively and jumped right into the event having never met each other until 30 mins before start time. Talk about efficiency.

The reason we were able to flow this way was because we were all operating in the light. We were being vulnerable and open to the moment and held an invitational space that allowed others to enter into that space with us. Being invitational was our singular point of agreement and that was enough.

A Buddhist, a Christian, and a Musician Walk Into a Sanctuary…

Before you laugh, hear me out. This was the make up of our trio. And those were just the basic differences between us. But as I’ve talked about before, what we have in common is always greater than what we often use to separate ourselves from one another. That’s why none of this got in the way of us working together. What we have in common is our mutual desire to be of service. Right before the event, Rosh and I agreed that while we were disturbed by some of the divisive and harmful expressions going on in our country in the name of fear, we felt hopeful because we were consciously doing something to encourage people to talk to each other. We weren’t being passive and we won’t be passive. In each of our areas of influence, we will continue to shine whether it is through music, meditations, sermons, or whatever else we can come up with. We will continue to experiment and create social functions that offer people the opportunity to practice talking about subjects that are typically seen as taboo and we will continue to challenge ourselves by engaging others who may not always agree with us.

It’s Not About Us

The thing about shining your light that many people don’t get, is that it is not ultimately about us. We shine to serve. If the end goal of putting ourselves out there is that we get to feel good about ourselves, then we’ve really done nothing. You can take drugs to feel good–to escape the challenges of this world. That’s not our end goal. In fact, perhaps one could say that there is no end goal. At some point, I realized that the result of working toward a world where everyone feels like they can fully shine, is beyond my imaginative ability. All I know is that my tradition tells me to shine and so I make every effort to do so. Not shining would be like a flower withholding its fragrance or as Jesus put it, the taste of salt without saltiness. I shine because that’s what I am supposed to do. It’s my price of admission into this life. If a tree held back its oxygen where would we be? If we held our breaths, where would the trees be? We serve one another. Likewise, when we shine, it is so others can see and they shine so we can see.

So many people in our country are afraid right now. In my opinion, to say fear won this most recent election is an understatement. For the past several days, I have chosen to turn off the news and Facebook and just look at the opportunities that are ahead of us and there are many. Now looking back on the election I can see how both candidates operated a campaign based on fear. So no matter who would have been elected, our country would have been led by fear. There is no way to vote fear out of our government. As long as we walk in fear, we will look to someone outside of ourselves to protect us from that which we are afraid–which means cowardly legislators. In the end I think we all vote in the mirror (I’ll unpack that another time). If we want a government that serves us, we must take it upon ourselves to turn on our lights and dispel the darkness that shrouds our consciousness. The more of us that shine, the more clearly we will see that the solutions we are looking for others to provide are right in front of our faces.

Be Salt and Light

“You are the salt of the earth; but if the salt loses its flavor, how shall it be seasoned? It is then good for nothing but to be thrown out and trampled underfoot by men. “You are the light of the world. A city that is set on a hill cannot be hidden. Nor do they light a lamp and put it under a basket, but on a lampstand, and it gives light to all who are in the house. –Jesus

This Side of the Resurrection (Dedicated to X) XXXXXXXXXXXXXXXXXXXXXXXX
What if we all loved God and our neighbors as Kanye loves himself? 🤯#loveoneanother
The first step is silence.
#TeachOne #ReachOne
He was a man acquainted with suffering. If you've been through the depths of your own pain, you can see more clearly how someone can appear to be a person of contradictions and yet love as much as they possibly can. We all fall short. But few of us reach to our heights. He was like the sun, rising and falling and rising and falling. And now the sun has set in this world forever. #DMX
This is our sanctuary filled with thousands of origami butterflies in honor of those who have died this year. Hope springs eternal.

A Word of Love

I Am From Here, Nowhere, and Now Here

DMX and the Ballad of the Brokenhearted

Teaching What We Do Not Know: Awakening Abolitionists