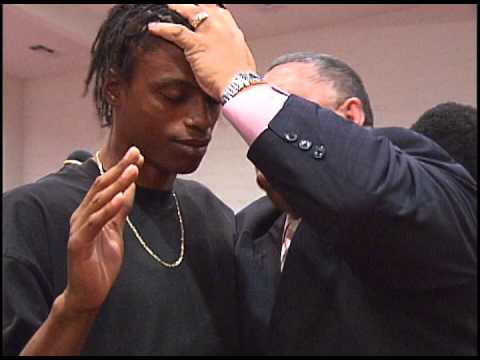 There have been plenty of times when I heard people say that God talks to them.  Spending so many days in church growing up, I saw plenty of people “get happy” or “catch the Holy Ghost”.  I’ve been to every service a church could have–even down to choir rehearsal.  I’ve been to quiet services where no one spoke but the pastor and the music was straight out of the 1700’s and I’ve been to services that reminded me of that scene from The Blues Brothers.  In this kind of setting it is very common to hear people say that God was speaking to them.  When you grow up seeing people speaking in tongues and falling into red blankets after the pastor touches them, hearing that God is speaking to someone isn’t too hard to consider.  However, up to this first day on my drive from MI to AZ, I had never heard anything that I could call the audible Voice of God speaking to me.

When I was younger, I used to crack up laughing when people would start crying and falling out about what God brought them through.  People would be giving testimony about how they were delivered from this, that, and the other thing like sex, drugs, cigarettes, whatever.  I used to just think to myself, “If you wouldn’t do the things, then God wouldn’t have to deliver you from them.”  With that in mind, I pretty much avoided all that stuff.  Life had already given me a lot to deal with at an early age and I didn’t have any reason to make it worse by adding my own s***.

I had seen enough people hurt by things that seemed avoidable, that I just didn’t see the point of putting myself in a situation and then begging God to get me out.  So for the most part I kept to myself and didn’t ask God for much.  Of course I prayed and read my Bible a lot.  It was hard not to do that in my family when my mom held Bible studies in our house.  Besides that, at an early age I had started a habit of reading the Red Letters just because they were red.  The point I’m making is that I was pretty deep in religion, but still God never really said a word to me even when I prayed for Him to.  Now here He is bugging me when I didn’t want anything to do with Him.

So back to the story.  I’m losing it in the car.  DMX has just said some statutory rape s*** and I am battling with myself about whether I should turn off the music.  I know that if I turned it off this Voice was going to really get me.  I was afraid.  I just didn’t know what I was afraid of more, hearing a disembodied Voice chastising me or the Silence.  I considered my options and figured if I flipped a coin either way it would land on crazy, so I just went for it and turned the music off.  I braced myself for an onslaught of rebuke, but nothing came.  It was just Silence.  After sitting in it for a while, I realized how long it had been since I rested in it.

When I was younger I used to hide in the closet or bathroom in the silent darkness to be by myself. They were my places of refuge. But it had been so long I nearly forgot what it was like to not hear anything but the sound of my own breathing. AS I reminisced, I was starting to get comfortable with the Silence when all of a sudden I was attacked, not by the Original Voice, but by countless other voices.  It was as if everything anyone ever said to me about who, how, or what I should be all rushed in on me at the same time.  There were voices that said good things about me and bad things.  There were voice of praise and condemnation.  There were voices that said they loved me and those that said they hated me.  It didn’t take long before I was begging for the Silence again.  It came and I was comforted.  Then the Original Voice returned saying simply, “None of those Voices are Me.”

I drove in Silence for a little while longer.  As I got more used to it, I came to the first concept shattering realization of the trip.  It hit me that the Original Voice and Silence were One and the Same.  I can’t put more words to it than that, but you can get an idea from reading 1 Kings 19:11-12.  All I know is that I felt the Truth in this.  Anything that I try to add to it will only take away from it.  Feeling this was awesome.  It came with another realization that all the times in my life where I prayed and then heard what I thought was nothing, it was actually this Holy Silence.  When I looked back, it was very clear that whenever I prayed, I became incredibly still.  In that stillness I would make a new decision that always turned out for the best.  That Stillness I came to understand as God’s resting place as well as the very nature of His Presence and Being.  In Hebrew one of the names for God is HaMakom, meaning The Place.  That’s what I’m talking about here.  Google it to learn more.

So, at this point I had been driving for several hours and I was starting to get hungry.  I figured I’d get some gas and a little snack and get back on the road.  I had gotten so use to the Silence by now that I had forgotten all about the craziness that preceded it.  Getting out of that car reminded me.  Have you ever been sitting in near total darkness when all of a sudden the shades are drawn and the sun beats you in the eyes like Mike Tyson’s Punch Out.  Well imagine that assault on all of your senses and you’ll have an idea of how I felt when I stepped out of the car and into the convenience store.  I felt like I was being ripped apart.  It took everything I had to get in and out of there with several bottles of water.  I went in to get food, but the sight of it made me want to vomit.  Making it back to my car felt like finding an oasis in the desert.  “What had just happened?” I thought.  “What kind of pain was that?”  Silence.  Stillness.  Revelation.  What I was feeling was the pain of the people in the convenient store.  It wasn’t physical pain.  It was mental pain.  Even though they had smiles on their faces they were radiating suffering.  They were functioning on the surface, but in reality they were in some type of spiritual coma.  They were hiding in broad daylight–prisoners in their own bodies.  I was freaked out. After calming down, I started back down the road.  I was feeling good again.  I was loving this Silence and didn’t want to ever leave it, but I knew I was going have to get out of the car some time.

At some point on the road, I came to the realization that I still had not prayed.  I had been having this warm loving experience and was acknowledging that if I wasn’t completely insane then it meant that God was with me.  I was essentially accepting the benefits of His Presence without thanking Him for sharing it with me.  It’s kind of like going to the party of someone you don’t know and enjoying all the free food and drinks while doing everything you can to avoid eye contact with the Host just in case they check the guest list and find out you don’t belong there.  This thought made me feel uncomfortable and I tried to un-think it as if I could hide my thoughts from God. “Pray!” Here we go again.

I was being commanded to pray, but despite the good feeling I still wasn’t ready to give up my ignorance.  I still felt justified in my anger towards whoever and I knew that if I willingly prayed I would be admitting defeat.  Furthermore I felt like accepting God’s hand in all of this would mean justifying the break up of my marriage, all the crap I felt like I had gone through, etc. I refused.  The Voice stopped, but all of a sudden, I started getting really sleepy.  I was struggling to keep my eyes open.  It was a good thing there was no one on the road but me because I was swerving and everything.  Out of fear I almost prayed just to stay awake, but I wasn’t going to let Him win.  I just started screaming and making loud noises.  In hindsight I was really close to full a full on break.

Eventually I arrived at a convenience store where I flew in and out with a box of No-Doz.  It was still early and I didn’t want to waste time sleeping this soon in my drive.  Besides, I had plans to hit up this club on Wednesday night so I had to stay on schedule.  It was bad enough that I had missed several days of the clubs already.  In my recent state, I had become convinced that I was having fun going out drinking several nights a week.  I would soon learn that this “good time” was the epitome of my loneliness.  At any rate, I popped some No-Doz and went back to driving.  A little while into it my heart started beating fast and I was tripping out.  I don’t even take aspirin when I have a headache so my body didn’t know what to do with this.  I think my heart was the only thing keeping me awake because as soon as it calmed down I started falling asleep again.  This was annoying.  I had no choice but to stop and rest.  I checked into a motel, went to the room, climbed in the bed, and stared at the ceiling for two hours hearing “Pray” repeatedly.  I got no sleep.

Have you ever truly asked to see the world and everyone in it as the Creator does? I did when I was 6. It is my life’s ideal—my true north that corrects me and causes me to recalculate when I realize that I’m not living toward it. If we don’t have an ideal in this life, we will live and die for whatever we inherited from our society. Do you have an ideal toward which you aspire or are you just living off of an inheritance that may not even be serving you and those around you? If you are living from a diminishing inheritance, IT IS NOT TOO LATE BORN WEALTHY. Let me know if you have questions.
The “Supreme Court” might make a decision on the EPA’s right to regulate emissions today in a W. VA Power plant case. If the ruling goes down party lines like everything else has been lately it will be another unfortunate day in America.
There’s Infinity Within You
These are my wife’s carpentry skills at work.
This is the full story of Sean Butler the barber.
If you’ve seen the movie Barbershop, you might remember Isaac, the one barber that you may not have expected to see in the shop. Well, I sat in “Isaac’s” chair last week. Sharing my experience for mutual learning. Full video of our experience in my next post.

Emotional Distraction: Why We Project Past Feelings on to Present Moments

Fool Me Twice: Why We Believe the Liars That We Know Are Lying