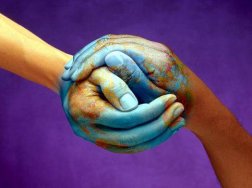 Racism doesn’t exist. There I said it. Now we can move on.

Don’t you wish it was that easy? What if we could uncreate racism or all of the other divisive isms just as easily as they were created and create a new way of being together?  Let’s call that effort #embracism.  As I define the word, it would be living life from the point of view that all people truly are created equal. From this point of view, the presence of someone in the world provides indisputable proof that their lives have value. The work is not on their end to prove their worth to you, but on the observer to do the work to realize what already objectively is.

I imagine, that some people will immediately see this idea as impractical given all of the “threats” in the world. If that is coming up for you, then I challenge you to ask yourself the question, “What do I fear I have to lose by accepting all people as truly equal?” The answer will be different for everyone, but if you don’t see all people as equal, I’m sure that you have a justification for why that is. I’m not saying that making justifications for our biases is wrong.  I am simply suggesting that if you are interested in a different way of experiencing others and yourself in relation to others then it begins with acknowledging your justifications for seeing them as unequal to you or some imagined ideal. Once we can admit that we justify inequality, we can actually start making moves in a different direction. That’s what the idea of embracism offers.

Isn’t Embracism just made up?

Of course it is made up. Just like every other word. Just like racism was made up. That’s what we do. We discover things or make things up and then we name them. And sometimes we even steal things and rename them. Either way, humans are naming creatures and what we name we have some element of influence over.  This is important to understand because this awareness unlocks the mystery to why saying you are anti-racist has very little influence on dismantling racist constructs. What if I went around calling everyone that wasn’t me “Not-Pedro”? Would that tell you anything about who the other person is? You ask me who someone is and I say, “Well, they are not me and they are not you.” While technically true, what can you really do with that information.  We have to start getting more innovative with language in order to create a positive linguistics to articulate a more inclusive and engaging way to encounter one another. Languages can be ideological prisons if we limit ourselves to the words impressed upon us by our context of origin.

“We Don’t Say That In My Language” 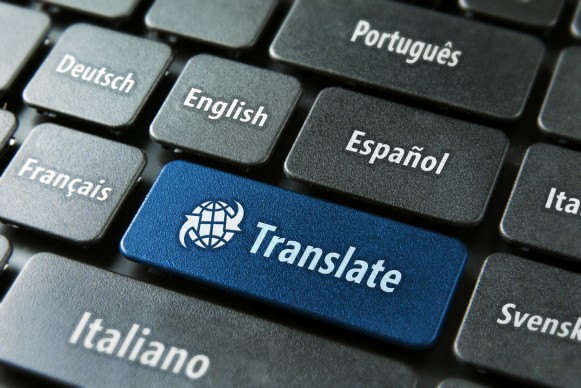 One of the most enlightening experiences in my life was studying Mandarin at the Defense Language Institute. It was here that I learned the nuances of linguistics and came to recognize that many people experience what they consider to be “foreign languages” as flawed alternatives to their own “mother tongue”. Once a fellow student asked one of our professors how to say, “What up brother!” in Mandarin. The teachers response was simple but profound. “We don’t say that in my language.” For some reason the person persisted in trying to get the teacher to understand the concept and tried to enlist me to “translate”.  He figured since I am Black, I could better clarify the vernacular he was trying to convey to our teacher. When I told him he was being disrespectful he said to the teacher and me, “什么上哥哥 shenme shang gege”, which would have been the direct translation:

I could see the teacher was getting disturbed. Later she asked me why he was insisting that she would understand what he meant when she told him that they don’t say that in her language. I hypothesized that, from his perspective, his use of language was “normal”. He couldn’t see how there were people who simply had no interest in what he wanted to express. In essence, his language was the right way to say things so there must be a way in other languages to say what he wanted to say. This hypothesis was somewhat confirmed when in a later incident he said, “Why can’t everyone just speak English like regular humans.” It was then that I realized that languages are basically thought containers. They hold within them concepts, cultural elements, history, vision, etc. Language can also be a key to unlock these very same elements of the human experience. Learning Mandarin, I also realized that there were parts of myself that I was aware of but could not express because we didn’t say those things in my language. Mandarin literally unlocked expressions of myself that I could not have otherwise encountered.

Tell Me What You Really Feel

Many of us seem to believe–whether we are conscious of it or not–that the only valid sentiments are those that can be articulated. If you cannot articulate your feelings, they don’t count. From this mindset, we cannot help but negate the experiences of the ones we consider linguistic deviants to the degree to which they don’t speak “our language”. People are truly lost in translation and when we feel this happening to us, many of us feel that we have to go to extremes in order to be acknowledged.  Few of us are willing to take the time to learn the other’s language or to subordinate our own in order to connect more deeply with the perceived other. Hence, often we have no true sense of what another person feels. Unwilling to admit our lack of understanding, we often just make stuff up about the other and in a twist of logic, we create words to conceptualize our othering of people.  Once safely contained in our word box, we put them on the back shelf of our consciousness and move on.  Personally, I believe that it is out of this linguistic laziness that many of the “isms” with which we contend emerge.

Some of us talk about ending racism as if it lives on the corner of Wiltshire and 4th Street in Anytown, USA and we can go grab it and talk some sense into it or threaten it into complying with our demands. But racism or any of the isms are not entities that we can  intimidate or encourage into submission. They are beliefs or thoughts that one repeats to themselves until they are essentially embodying what they think. That’s true for all of us. We then pass those thoughts on to others and that is largely why these isms cannot die. They can only be transformed into higher ways of engaging the world.

People subscribe to isms because they are trying to establish some type of order to the perceived universe. Like language, isms contain concepts that enable people to navigate their world. Largely, it is a survival thing. They’re scared. Isms function as life support systems and language is used to justify their usage. Have you ever tried to convince a frightened person that they have nothing to fear? Can anyone convince you of an alternative position when you are frightened? So there we have it. So now what?

Stephen Covey taught that humans can’t just stop a habit. We have to replace it with a better habit. This might sound crazy, but most of us have the habit of trying to survive. We live in perpetual fear because we think that there is always a threat around the corner trying to take something from us–whether tangible or intangible–and we fear that we cannot live without that thing. This “survival habit” ensures that we will feel compelled to continually justify whatever we think will keep us safe.

Who would you be with less fear?

First off, let me say that there is a healthy element to fear. I’m not talking about a fearless life here. I’m talking the unreasonable justification of building emotional, mental, psychic, and physical fortifications in order to keep yourself protected at all times. That ain’t life people. So how do we break that habit. Insert #embracism. I say this first to all of us who are anti-this, that, and the other thing. Let’s go toward something. Maybe people don’t see our vision because many of us don’t have one. We have to figure how to articulate where we want to go and not just what we want to get away from. When we do that we are effectually running scared.

For those of you who might think I am blind to the real threats and that this idea of #embracism will do nothing but leave us vulnerable, I respect your opinion and I agree with the old adage that says, “If the only tool you have is a hammer, everything looks like a nail.” There are times when we need a hammer. But for those other times, we need a bigger toolbox. The idea behind the concept of #embracism is one of making room for other ways of approaching challenges with relating across differences. Fear is a tactical reaction, not a strategic one.

What would you have room for in your life if you reduced your fear by just 10%. what could you embrace? This made up word, #embracism is an invitation to live into that question and fill it with new possibilities.

2 thoughts on “When One “ism” Ends, #Embracism Begins”

A Friend In Need

Waking Up to You

What are you afraid of?
Filmed at the Equal Justice Initiative's Lynching Memorial. What Will You Say? (A Poem) ------------------------------ What will you say, If you found out that they got me? Knee to the neck Or they shot me? You knew me; Now you forgot me? What will you say? “I thought he was so different.”? “He shouldn’t have been on that hit list.”? “There will be justice. God is my witness”? “I swear I’ll never forget this.”? What would you say, If I told you this was my family? When they’re damning them, Then they damn me. Saying where we can And we can’t be. From the beginning, I know that they stamped me. What would you say, If I told you daily I’m dying? That this is the world that I’m in. They want your soul, For a buy in. The Truth hurts, When they’re lying. What would you say If George Floyd Was suddenly me? It was Pedro under that knee? Let’s pray one day we don’t see. © Copyright 2020 Pedro S. Silva II
Atlanta Toyota Sales Consultant Graduating Class 2005. The two of us with locks cut ours off and now @c_kidda_dahairninja has them. The world has flipped upside down.
This happened. Welcome Cocomoco and Pedro Jr. Jr.
Big sister made matching skirts.
You are somebody.