America in Denial – Perils of a Strength Overdone

Sometimes it seems as if America is bent on surviving itself to death. Like an ostrich with a lion on its tail, who can’t see a way out other than to close its eyes and hope the threat goes away, our country is living its collective life with its head in the sand fearful that if it looks up, it will be devoured by the reality that we are a flawed nation. Sadly though, like the ostrich, whose survival instincts we emulate soon discovers, if you don’t look up and see what is really going on, REALITY WILL MOST DEFINITELY BITE YOU IN THE ASS!

SURVIVAL IS THE THREAT!!!

Now I know some people might be offended that I said the 3-letter word for donkey and am now about to quote Jesus, but sometimes you just have to push buttons so here we go:

Then Jesus told his disciples, “If any want to become my followers, let them deny themselves and take up their cross and follow me. For those who want to save their life will lose it, and those who lose their life for my sake will find it. For what will it profit them if they gain the whole world but forfeit their life? Or what will they give in return for their life?” – Matthew 16:24-26

Here’s my quick and admittedly incomplete interpretation of what this is saying.

If you want to go where I’m going then you have to do what I’m doing. That means you have to live a life beyond mere survival, where the fear of death dictates every decision you make. That is not living. You can have all the stuff in the world thinking that it will protect you from death or discomfort and in the end you will find that you are the loser because life is so much more than that perishable crap. Booyakasha!

As counter-intuitive as Jesus’ statement is, I have learned that when I try to take seriously these hard sayings I gain some unconventional insights that demonstrate to me that he was operating from an entirely different level of consciousness. He knew what he was talking about. And the truth is that sometimes trying to save your life according to the world’s standards is what will ultimately kill you and every dream you ever had. You can quite literally survive yourself to death.

One of the greatest insights I was ever offered by someone was this:

“You are a survivor. It will serve you well. Until it doesn’t. Then one day it will hit you. Your greatest weakness is your greatest strength overdone. Knowing what this means will make all the difference.” – A Known Unknown

You Will Never Learn From What You Refuse to Consider.

Denial is one of the major survival instincts. Without denial, our species may have never endured much of what it took to survive many of the physical challenges posed by early earth conditions. For example, if a hunter saw someone killed by a sabre tooth tiger they were hunting, they needed the thought, “That’s not going to happen to me,” in order for them to get back out there and find food for their family. Unfortunately, like many other survival techniques, we have overdone denial. We have used it in places where its employment has caused many of us to legitimize severe injustice in the name of threat deterrence, self defense, and the catch all justifier–group preservation.

In addition to these self-centered detriments, there’s also the tendency among some of us to be in denial of harmful situations even when we might be the very victims against which some act of aggression might be perpetrated. For example, someone can be in an abusive relationship and deny it to themselves because they falsely believe that the abuser ensures some aspect of their survival that they cannot get any other way. Or perhaps, they have been taught to deny their own self-worth based on teachings at home or acculturation. I would also consider that excessive denial plays into issues as varied as challenges to addiction recovery and the very pervasive construct of institutional racism.

Of course, positive uses of denial happen all of the time too. That’s why we’re so attached to it. I have used it in my life to deny the American narrative that perpetuates the conscious and unconscious biases that say my life and the lives of other global majority people are not of equal value to white lives. That means in essence I have most successfully used denial to deny systemic denials of my humanity.  But that ain’t living! I have to do more than simply survive hostile environments if I am ever going to truly experience myself as the God-conceived person that I am or fully appreciate others in that same light. And I for sure can’t put my proverbial head in the sand. But more than just keeping my head out, I feel compelled to encourage others to pull their heads out as well. That means that out of love, I have to call BS when I see it.

Even more harmful than the patent use of denial, is the psychological mutation that has created the mental distortion wherein a person can experience as a positive, the denial of a negative in themselves, another individual, or in some group or institution they deem critical to their survival. On the flip side is the denial that sees threats when they are not even there. Using this insight into denial, what do you think is happening in the picture above? Now ask yourself, if you think that the officer would have been trying to negotiate with a black or brown person in such a situation? Pay attention to your thoughts. Witness whether or not you’re trying to deny anything. All I have to say is Philando Castile.

How did we get here?

This whole post was written because a person who identifies as white asked me how it was possible that some white people could watch how the majority white crowds reacted to a Super Bowl win, with riots and property destruction, etc. and not see a gross double standard in our society between the way law enforcement treats some people and how it treats others. My simple answer was that when denial is a person’s go to survival instinct, they can’t do anything else.

I can tell you that when I was watching the Super Bowl I thought to myself, “I wonder which city is going to get the riots and flipped over vehicles.” I knew it was going to happen because I am not in denial about how we are. Besides, this has been happening for years and it always gets blown off. Being surprised by this is about as shocking to me as being surprised about a lot of the other behavior we see in this country right now. I’m just not surprised.

When a black friend asked me a similar question as the above mentioned person, I drew the analogy of how a parent will have a child that they know good and well is a handful and yet they will think of every possible excuse to explain away their disruptive or harmful behavior. They are in denial that their child is a menace, because to admit it would feel like they failed which immediately throws us into survival mode. There are very few of us who won’t do that irrespective of race or other categories. That is because for many of us, our psychological survival is dependent upon denial to continue a narrative that we bought into a long time ago whether it serves us or not.

In this country, the dominant narrative that still drives us far past the conscious realization of the harm it caused is MANIFEST DESTINY–the insane idea that boils down to white is might and right no matter what because God ordained one particular group to conquer this land. Despite logic that points to the contrary, MD is still the prime directive that even many people brutalized by it have bought into. And sadly, it is so ingrained that even white people who want to be free from its legacy can’t see a way out. So what do they do. Well a lot of them find a hole and hope for the best. 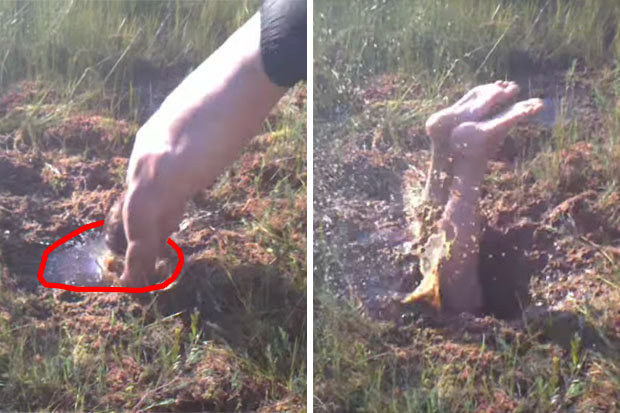 But thankfully there are others doing something different…

As if I had the Universe’s stamp of approval on this post, a friend of mine who is an MIT alum sent me this article from the school that shows exactly what can be done to help move our nation into a more holistic future–essentially stop denying our past and present and start learning from it instead of trying to return to it. Following the lead of some other forward thinking organizations, MIT is exploring their connection to the institution of slavery. Despite the fact that exploring these connections might seemingly tarnish some of the legacy of the organization, what they will learn from the process will undoubtedly contribute to the future of the organization and its graduates in ways too numerous to count.

This is bigger than the isms

Even though we see the negative effects of overusing the denial instinct most clearly in issues of race, gender bias, economics, etc., the real gift to waking up to the reality of our situation is that once we do, we can shift from being in denial to being creative. Once we decide to get creative, we will open up to strategic partnerships that will include all people who want to be involved in the solution process. I think this is the hope of the projects such as the one at MIT. But you don’t have to take a college level course to start contributing to a more creative future.  There are plenty of ways to move out of denial.

The fact is that we have everything we need to create an amazing society where all people can have the opportunity to live into their fullest potential.  But as long as we are stuck in survival mode, we will not do what it takes to make this possible. And that is something I cannot deny.

Day 25
My friend shared this with me. I love how wisdom is so transcendent.
Daddy just got off Zoom meetings. Mommy is at work. Time for the perfect meal.
Day 24
After working on a TEDx event together going on two years ago Mercedez Davis, Katerina Jeng and I started scheduling conversations to talk about our different faith journeys. We recorded them first for ourselves but now, we’re sharing those recordings with others. Welcome to The Communion Podcast—a marriage between the Damaged and the Divine. In other words what it means to be human. And what better subject to tackle first than the thing most of us fear, Death. So, join us as we journey to the heart of what makes us human hungering for the Holy.
Day 22