Who would you be if you didn’t worry? What would you do if it was impossible for your good ideas to be followed by a subsequent train of negative thoughts telling you that you won’t succeed? What could you accomplish if you knew, with 100% certainty, that all of your basic needs would be met? What creative risks would you take if you knew that making a mistake wouldn’t mean that it increased the chances that you or your family would starve? What could you discover if you knew that failure is not a setback, but rather simply feedback meant to help guide you the fullest expressions of your creative intent?

I think this is the state of being that Jesus was inviting people into with the teachings found in Matthew 6 and Luke 12 when he tells the people not to worry about the basic needs of life. One of the most famous teachings from this section is:

Consider the lilies, how they grow: they neither toil nor spin; but I tell you, not even Solomon in all his glory clothed himself like one of these. But if God so clothes the grass in the field, which is alive today and tomorrow is thrown into the furnace, how much more will God clothe you? You people of little faith! And do not seek what you will eat and what you will drink, and do not keep worrying. For all these things the nations of the world eagerly seek; but your Creator knows that you need these things. 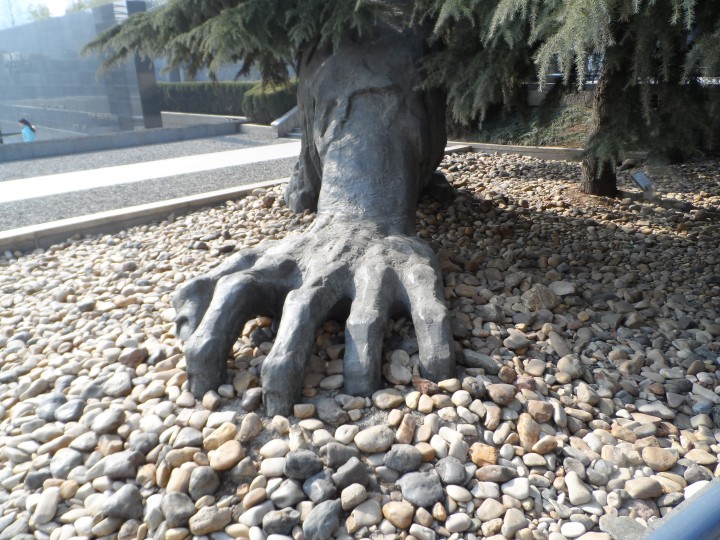 Do you find it interesting that in this teaching we are asked to compare ourselves to flowers and elsewhere to birds and other animals? What do you think Jesus means? I’ve asked myself this a lot in my life having had periods that could be described as economic insecurity, troubled relationships, abuse, and a host of other reasons to feel my worry was justified. What I’ve come up with is that Jesus is simply pointing us to the fact that–without human interference or manipulation–nature is freely supplied for and freely supplies in an interconnected Universe of ever expanding abundance. Think about it. Who plants and cares for a forest? Who feeds the birds? Who creates the stars and sets them in their place? Likewise, as a part of nature Jesus is saying that we too are freely supplied for and can freely supply. And yet, who can deny that this does not appear to be the case for many people in our societies. So we are left with a conundrum. Someone is lying. It is either Jesus or our society. My fake money is on society.

So let’s just jump right into it. As a society we lie like crazy every single day to ourselves and to others about the resources we have at our disposal. If you think that is a harsh statement, try telling yourself that there is not enough food for everyone to eat healthily while standing in the prepared foods section in any one of our large grocery stores that pepper cities all over our country. Clearly there is more than enough food. So to say that there is not enough is a blatant lie. Better yet, try telling yourself there isn’t enough water while standing under the massive flow of water descending upon your head at one of our many water parks or while we leave the water running as we brush our teeth. Clearly another lie. Of course we don’t think of these as lies. Chances are most of us don’t think about this at all. But lies, they are. These are just lies that are socially acceptable to ignore or deny.

The fact is that there is more than enough food and water for every person on the planet. Heck, there are more than enough diamonds in the world for everyone who wants a couple of shiny rocks as well. The Universe wouldn’t have it way other way, because to express itself otherwise would make the Universe complicit in our lies. And that just ain’t gonna happen because fundamentally speaking, abundance is reality. There is enough and there always will be enough. This is the truth. However, many of us are afraid of this truth.

I know it sounds contradictory to say that people are afraid of universal abundance, but it gets pretty obvious when you think about how most of our systems are based on combating lack and protecting ourselves from loss. We are so deeply invested in these little lies and the paradigms we’ve built around them, that we can’t see our way out. We’re like those people who go to casinos and put way too much money in a machine that hasn’t been paying out.  Rather than step away from the machine, they keep putting money in because they are protecting themselves from the reality that they messed up. They tell themselves if they just keep giving to it then they will eventually recover. That’s us with our investments in lack management and loss prevention. This is the same mentality that prevents us from giving up on oppressive system, because without the false construct of disparity, many people would have to deal with being merely equal. And despite what many of us say, we see equality as a threat. It calls up the fear that not only is there “not enough”, it tells us that we are “not enough”.

Our markets reflect this mentality. That’s why they are set up in such a way that giving away the food or adjusting the price to match the actual supply would throw off the system that we’ve created. We create value through the belief in lack or short supply. It doesn’t matter in what area we are trying to create value in–from businesses to romantic relationships. As I was taught as a car salesman, most humans are influenced by the mentality that says, “the fear of loss is greater than the desire for gain”. So what we do is manage and manipulate the markets by any means necessary. Here’s an example of what I mean.

I have a friend who grew up on a dairy farm. When he was younger the government would pay his family to dump milk in order to control the supply. The fear being that if the market had too large of a milk supply, it would result in a loss of money. I have heard the same thing about us killing cows to control the beef supply and paying farmers to not grow food. Of course there is an explanation that we are given that makes it look like doing this helps the farmers. And, maybe it does. I could be off on this. But what I think is if we just distributed the excess and made it easy for people to get the food, it would do a lot more for people outside of the farm and society as well. The same goes for healthcare and education.

We fear what better distribution of resources would do to the economy, but we don’t consider what the stress and worry is doing to us. Not only is it making us unhealthier, it is squelching innovation. I can assure you that there are some great minds that go untapped because they are too busy trying to figure out where their food is going to come from.  And for what? Because we lie to ourselves about what is possible. Besides there actually being more than enough food, water, and diamonds–not to mention shelter–for everyone who desires it, there is the fact that we don’t all desire the same things. In addition to there being infinite abundance, there is also infinite variety and infinite creativity. This means that in our natural state, we don’t all want the same things anyway. Nor do we need the same things.  This means there is actually more than enough. We just need to be more creative about inventing more efficient access channels. (Amazon 2020)

Right now we use a significant portion of our creative ability to maintain old lies and create new ones in order to avoid facing the reality that we are failing ourselves and others by continuing to rely on our obsolete social systems based on lack and short supply. Fortunately, in God’s reality, there is infinite grace and forgiveness as well. At any moment we can do our part to stop all of this nonsense so that we can take part in ushering in a world that mirrors the reality of what is available to our inhabitants–a world where worry serves nothing.

According to the world’s rules, who we are and our influence in the world is limited to the assignments of the system. This gives many of us justification for worry. But imagine if just a few of us started actually living according to what we say we believe. What if we stopped worrying and started living as the infinitely creative beings that we are? What if we started to condition our minds to recognize where abundance shows up and pointed people toward it? What if we considered the li’l lies that we accept everyday and exchanged them for a larger truth?

Sometimes we need a so called outsider’s perspective.

My kid: “Dad, can you draw me a koala?”
Coming Soon: Graticube the Movie
Bootleg Clip #2 - Race is Stupid Funny
Somebody made a bootleg clip of me doing comedy.

If We Can Laugh Together, Maybe We Can Last Together

Fear of an Equitable Workplace (FEW) and the Quiet Quitting Deception

I Work For Your Organization. And You Can’t Stop Me.

What is Worth Knowing?: From a Knowledge Economy to a Know Less Economy

Two Ideas One Mind: The Vices and Virtues of Cognitive Dissonance