What Do We Truly Desire? 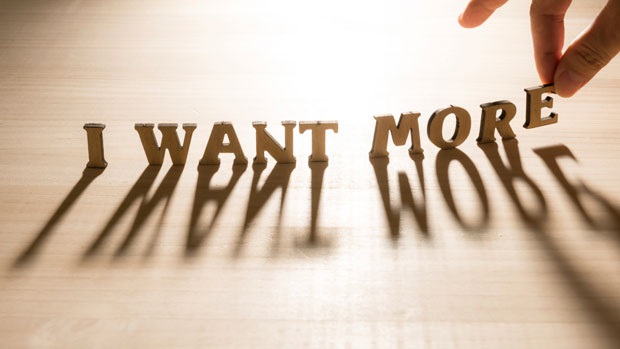 Recently I’ve been thinking about a conversation I had about 14 years ago with a friend who is very well off financially.  One day he just came out and told me that if I would just do what he did he could ensure that I too would be as wealthy as him in a few years. I didn’t doubt that he was right, but at an early age I decided to align my development along the lines of Matthew 6 even in terms of my finances and I was really committed to seeing how it played itself out. At that point in time, I felt like if I unnaturally made the pursuit of money for money’s sake my new plan I would be tainting my experiment. So far that path hadn’t failed me. I always had what I needed and I had no reason to believe that would change.

It wasn’t that I didn’t get where my friend was coming from. I’m just stubborn I guess. But now that I am looking at houses in an incredibly inflated market, I have been replaying our last conversation on this subject in my head trying to determine if it’s time to give him a call. I don’t remember all of the words exactly, but it went something like this.

“Pedro, do you know what your problem is?”
“No. What is it?”
“You are too creative,” he informed me. “You care too much about being original. You want to think for yourself and you think other people should think for themselves too. You will never be rich that way because no one will be able to follow you. Wealth-building requires duplication. You either have to create something that can be copied, you have to create yourself in a way that people want to copy you, or you have to copy someone else who is rich.”
“Well I can’t argue with that logic. The only thing is that I feel like I’m already rich so I can’t get myself to pursue something that is already present with me,” I replied.
“But you’re not rich.”
“Are you sure?”
“Well if you are you hide it well. Where’s all of your money?”
“It’s everywhere.”
“See that’s what I’m talking about. I’m sure you’re about to say something original that not everyone can understand.”
“I’m not talking to everyone. I’m talking to you.”

Frustrated, my friend decided to subject himself to my explanation.

I explained to him that in my mind being rich was a matter of being able to do what I desired to do. My first desire was to learn about myself as a child of God. In my estimation, I could not learn about who I am while in a relentless pursuit of something that was presumably outside of me. Nor could I learn of my essential being by copying someone else even though I did believe I can learn from others. I also could not be focused on being someone others wanted to copy. That too would take me outside of the opportunity to be authentically me and see where it guided me. If people decided they wanted to go where I was going that is their concern.

As far as me hiding my money everywhere? Money is everywhere and in many forms. I don’t limit its expression to pieces of paper with people’s faces on it. In essence money–to me–is basically an expression of gratitude and trust. If I want some, I just need to offer something of value to people that they will be grateful for and be trustworthy and they will express their gratitude to me in the manner that I truly require. I can only do that with integrity if I love people for who they are and if I am being authentic–what he was calling original.

“I hate that I understood that,” he responded.
“Why?”
“Because now I feel like I am the poor one and I know I’m not poor.”

I explained, “You’re right. You’re not poor because you are doing what you want to do. But neither am I. As I see it no one has to be. We all just need to stop comparing ourselves to some made up idea. It changes everything. We just have to know what we truly desire and live into it instead of trying to go after what we are told we should desire. We think people are all supposed to desire the same things and we build our systems around that lie. For some people it works. For others it doesn’t.

Your value and desire is to provide for your family in a certain way. You found a way to do that and it works for you. That’s awesome. And you get joy out of sharing that expression of success with others who have the same values and are seeking to express themselves in a similar fashion. I just have a different desire and would like to succeed in fulfilling my desire.”

I don’t know if my friend accepted my explanation, but he did respect it. We catch up every couple of years and he always makes sure to let me know that whenever I’m ready he’ll show me how to make money his way.

Since that conversation, I have come across the idea of Mimetic Desires, propounded by René Girard–the fundamental premise of which is the idea that most people have imitation desires i.e. a person only desires what they see others desiring. In essence, there are very few authentic desires that people have. This explains my friend’s observation about the power of duplication and all of the commercials I see on everywhere. It also explains the state of our nation and so many other nations right now. We all think we want the same thing so we are fighting over the limited supply.  But I surmise that in reality there is plenty for everyone if we all were in alignment with our true desires. Observing this, I can’t help feel that I must continue to be vigilant in always knowing from where my desires come?

With this in mind, I can’t help but wonder what our societies, systems, and markets would look like if people only pursued their authentic desires. What do you think?

Looking forward to what we create together.
#knowbetterdobetter
Can anyone identify this creature?
Black cats have a bad rep. This one was a “just in time” comforter. #missyou Joyce.
Take This Life (Make it Light) is a song I wrote to express my desire to live as the Light Christ invites us to be.

The Call of the Coyotes

Belonging to Not Belonging

Diversity and Subcultures: Lessons from the Bronies