Is Life More Than Food and Clothes?

Whenever I go to the grocery store or the mall I think about what Jesus said in Matt 6:25, “Therefore I say to you, do not worry about your life, what you will eat or what you will drink; nor about your body, what you will put on. Is not life more than food and the body more than clothing?” Seeing people with their shopping bags and basket loads of food, I wonder to myself what they would think about that statement.  The fact is Jesus probably would have lost most of us at “Do not worry.” According to a bunch of statistics that you can google if you want to, Americans are generally stressed out people, which makes us susceptible to disease, which puts more stress on ourselves and our families and so on and so on.  So the question is, what are we stressed out about.  Well according to my philosophizing, we are stressed out about food and clothes–the very things Jesus suggested we not worry about.  And sadly when we are stressed, many of us want to go eat and shop.  So for me that begs the question posed in the title above, “Is Life More Than Food and Clothes?”

At this stage in my life, I think it may be safe to call myself a Jesus Freak because that’s who I look to for most of my guidance on what is really worth my attention in the world. Now I am not a Jesus Freak the way some people use the term.  I don’t know how to explain how I am yet.  I just know that if you sat down and had a conversation with me and really listened to what I was saying you would find that I’m pretty reasonable and that I actually think the “so called world” is in a lot less trouble than we think it is. This is primarily because I see God as being a lot closer than we tend to want to see. Now this doesn’t mean that I am blind to all of the obvious issues that we all know about.  By most calculations we are pretty jacked up creatures as a whole and it looks like we are going to destroy ourselves for sure (cynicism to make a point). But the good news is we are just as jacked up now as we were thousands of years ago.  And for some reason that gives me hope.  You see, despite the fact that we are pretty freaking selfish and insane and project our problems onto other people and kill the people that say love one another and then honor them years later and give them statues like it does something, people like Jesus who see what is really going on still keep showing up.  People still dare to speak up and say “something isn’t right here” even when they see large masses of people walking around like zombies and robots not even trying to know what’s going on.   So I’m a Jesus Freak, because in my opinion he is the king of knowing what’s going on. 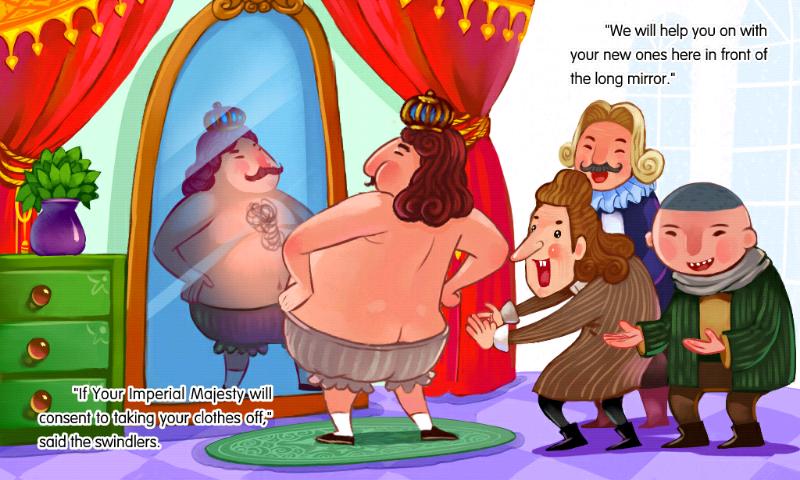 When you look at a simple statement like, “Is not life more than food and the body more than clothing?” you might not think it is that profound. But, when you really think about how much of our time and resources go into food and clothes you will find that we really do worry and stress about this more than almost anything.  If you honestly think about what we go through for clothes, it does not take a rocket surgeon to see that we are nuts.  I remember some kids tried to jump me and rob me for a pair of black suede Champion sneakers outside a D.C. mall one time.  In that moment I was wishing I had my ProWing Eagles from Payless or my fake Adidas called “Jox” from a store called ThomMcAnn. What made it worth it to those kids to try and rob a stranger over shoes?  First off, it is because we try to look good and impress people with what we wear.  Like the Emperor in the story, The Emperor’s New Clothes, we get tricked by the latest fads because we think that the clothes say something about our value.  They don’t actually, but we judge people by what they wear so it is safe to imagine that they are doing the same thing to us. If we don’t have the “right” clothes we don’t even want to go to some places because we are ashamed.  It is a straight up prison and most of us are criminals.  And don’t even get me started on food.  Oh my God.

If you’re on a fixed budget like me I imagine you might get sticker shock from some food.  It is ridiculous and actually unnecessary. The food prices don’t have to be what they are at all.  Not to sound like a conspiracy theorist, but there is a conspiracy with the whole market.  The prices for almost everything is manipulated and people go for it, because we have to eat.  But if we could see how much food is wasted, it is easy to see that the money saved on waste alone could  cause the prices to go down.  And that doesn’t say anything about the different tactics used to control the market. For years I had a hard time going into these massive stores with all of this food like it is in endless supply with prepared foods sections that are still full at the end of the night, because I know how we do things like kill cows to control the dairy and beef markets and other shady stuff and toss food in dumpsters to keep homeless people from getting it.  I worked at two places when I was younger where I was asked to destroy food and shoes to keep it from getting to poor people.  And shamefully I did it. So I am not just saying this stuff to be sensational. But that’s beside the point.

The point is that it seems like life really is food and clothes for most of us and apparently Jesus thinks there is a lot we could do to make the world better if we didn’t worry about those things so much.  Now am I saying that we should all change our diets or start protests against fashion or whatever.  Nope.  I’m just asking you to be more conscious about what you worry over.  One stressed person can contribute to global catastrophe and one person at peace can still the waters and calm the wind.  So I’m just saying that if you catch yourself worrying about either food or clothes try examining yourself.  I think that alone could contribute to a less stressful lifestyle for the whole planet. Of course, if you find yourself in a situation or know someone who is literally without food and clothes then you might experience this request differently.  But the fact is that most of us in this country are not in that situation.  We are stressing over fashion in both of those areas and allowing that man made stress to run our lives and allow us to participate in some evil that we can avoid.  Not just evil outside of us, but the evil we do to ourselves when we let our stomachs and our need to be accepted by made up industries make us forget about what life really is all about.