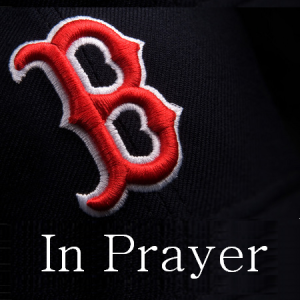 We should do nothing less

Today as I was entering into a surprisingly silent Newton Centre, I was surprised to hear from my friend that the entire town was on lockdown as a result of the ongoing manhunt for the second suspect in the Boston Marathon bombings.  Already on campus by the time I was  clear on the gravity of the situation, I followed the procedure for those who live on campus which was to stay inside.  After watching the news with several classmates for a considerable amount of time, I chose to go to the lounge and pray.  I did so for the next hour, as I allowed the thoughts that arose in my consciousness to be looked at with all of the love that I could muster.

On the way into town, I had been listening to a recorded reading of Pope Benedict’s exposition on the life of Jesus. In it he explained the depth of the Lord’s Prayer, known to Catholics as “The Our Father”.  He spoke of how Jesus offered this model prayer to his disciples, because they admittedly did not know how to pray.  The Pope went on to quote Paul who said that we do not know how to pray for what we ought to pray for and so God’s Holy Spirit, upon our request, will help us in our prayer life from the inside out.

Events like these and 9/11 that just sneak in a shatter our illusions of safety can tempt us into going into the darker places within ourselves.  At the same time, they put a lot of the petty things that we make important into their proper perspective.  That’s why as we pray for our city, our country, and even the entire cosmos right now, I offer the suggestion that we ask God to teach us to pray for what is truly needed so that we can make greater strides toward what is possible–a world where it is on earth as it is in our visions of heaven.

18 For I consider that the sufferings of this present time are not worthy to be compared with the glory which shall be revealed in us. 19 For the earnest expectation of the creation eagerly waits for the revealing of the sons of God. 20 For the creation was subjected to futility, not willingly, but because of Him who subjected it in hope; 21 because the creation itself also will be delivered from the bondage of corruption into the glorious liberty of the children of God. 22 For we know that the whole creation groans and labors with birth pangs together until now. 23 Not only that, but we also who have the firstfruits of the Spirit, even we ourselves groan within ourselves, eagerly waiting for the adoption, the redemption of our body. 24 For we were saved in this hope, but hope that is seen is not hope; for why does one still hope for what he sees? 25 But if we hope for what we do not see, we eagerly wait for it with perseverance.

11 Now it came to pass, as He was praying in a certain place, when He ceased, that one of His disciples said to Him, “Lord, teach us to pray, as John also taught his disciples.”

Our Father in heaven,
Hallowed be Your name.
Your kingdom come.
Your will be done
On earth as it is in heaven.
3 Give us day by day our daily bread.
4 And forgive us our sins,
For we also forgive everyone who is indebted to us.
And do not lead us into temptation,
But deliver us from the evil one.”

Have you ever truly asked to see the world and everyone in it as the Creator does? I did when I was 6. It is my life’s ideal—my true north that corrects me and causes me to recalculate when I realize that I’m not living toward it. If we don’t have an ideal in this life, we will live and die for whatever we inherited from our society. Do you have an ideal toward which you aspire or are you just living off of an inheritance that may not even be serving you and those around you? If you are living from a diminishing inheritance, IT IS NOT TOO LATE BORN WEALTHY. Let me know if you have questions.
The “Supreme Court” might make a decision on the EPA’s right to regulate emissions today in a W. VA Power plant case. If the ruling goes down party lines like everything else has been lately it will be another unfortunate day in America.
There’s Infinity Within You
These are my wife’s carpentry skills at work.
This is the full story of Sean Butler the barber.
If you’ve seen the movie Barbershop, you might remember Isaac, the one barber that you may not have expected to see in the shop. Well, I sat in “Isaac’s” chair last week. Sharing my experience for mutual learning. Full video of our experience in my next post.

Emotional Distraction: Why We Project Past Feelings on to Present Moments

Fool Me Twice: Why We Believe the Liars That We Know Are Lying