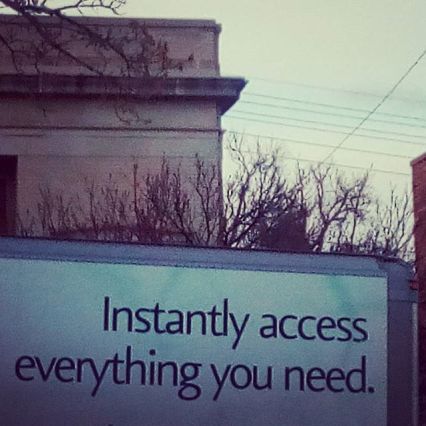 How do you explain the inexplicable? How do you see the Unseen? How do you teach about the Unknown? These are questions that go through my head on a weekly basis serving as a minister.
I guess the short answer to all of those questions is faith. But what exactly is faith? In Hebrews 11, words like substance and evidence are used to describe faith.  In more modern translations, these words are replaced with easier to digest terms like assurance and conviction. But in every translation, we are told that it is by faith that we understand that everything we see comes from the unseen and are framed by the Word of God. Whatever that means.
I Can’t Believe That I Believe.

Recently my oldest daughter asked me what I would say if  someone said Jesus was all made up and never really existed. I responded to her that if someone told me that they could not believe in a real Jesus, I would say that I could see why not, but it was too late for me. I am at the point where I have no choice but to have faith in the reality of Jesus. And that is not for lack of trying to un-believe or de-believe.

Part of my faith journey includes actively trying to not believe in Jesus. In fact, I put more work into trying not to believe in Jesus than most church goers put into deepening their belief. It’s not a competition, I am just saying that I don’t believe because I was taught to. For a season, I was like a reverse Paul.  I believed first, then worked to not believe and then took it a step further to picking on people who still believed. After enough less than Christ-like experiences at the hands of his followers, I sour-graped Jesus and effectually turned his miracle wine into vinegar in my soul. And yet, that dude snatched me back up. After that, I just decided that was it for me. I can’t not believe even while still holding the same logic I used for disbelief. I am the poster-person for cognitive dissonance up in here and I don’t know how or why. Must be that faith thing. Whatever it is, here I am believing beyond disbelief.

God is Listening.
When I got yanked back into the fold, at first it felt like it was against my conscious will. I was defeated by logic. “If you don’t believe in God, who are you mad at?” and “If you don’t believe in possibility of Jesus, how can you be disappointed in human failings?” were the thoughts that disrupted my manufactured Atheism. Damn. From there, I started to list my grievances about God to God threatening God with my renewed and improved disbelief if my grievances were not answered satisfactorily. What followed was a sober flashback of all of the times God showed up in unexpected ways right when I needed it. There were too many to deny. Damn.

So here I was unable to deny the logic, but still not sure how I was going to get back to a place where I felt comfortable being super churchy as I had been previously. What I needed was irrefutable proof that God was going to stick it out with me and not abandon me to human whims. In exchange for that proof, I’d stop blaming God for the shameful behavior of broken humans like me.

So one day I was driving through some random place in AZ “talking to God about this”. I was still wrestling with the idea that after getting so close to successfully stripping myself of religion I was re-exploring a relationship with God through Christ. In a way it felt like getting back with an ex who broke my heart. So, needless to say, I was a little uneasy. Anyway, I’m going down this road basically saying to God, “If you want me to stick with this relationship, I’m going to need constant reminders that you’re real and I’m not crazy. Because I’m insecure right now.”

Right after expressing this, I saw that ahead of me was a roundabout in the middle of nowhere. It was completely pointless, but there it was. As I got close to it, the thought came to me, “keep driving around the roundabout until the feeling to do so goes away.” With no other cars in sight, I figured, “What the heck?” and started driving in circles. As I was doing it, I started thinking I must be tripping. What was I doing? I even starting laughing to myself to top off the interesting behavior I was exhibiting. Did I think God was talking to me–telling me to drive in circles? Not really and yet, it felt quite certain that this was what I was supposed to be doing in that moment. Finally, the feeling went away and as I rounded the circle for the last time, I saw something quite surprising–a car pulling to a stop in front of me. It was surprising because in all of my circling, I never saw a car anywhere. The car had pulled over because it had a flat tire.

I decided to stop and see if they needed any help. It turned out that it was a woman driving alone who didn’t know how to change a tire. Needless to say she was as surprised to see me as I was to see her.

“Where’d you come from?” she asked.
“Oh, I was just out for a drive.”
“I didn’t see you behind me.”
“Yeah, I was just coming around the roundabout.”
“But you just pulled up behind me. Which way were you headed?”

It was clear that something was strange about my presence there. So I did the unexpected and just came out and said, “I was just driving around the circle until it hit me to stop. Once I did, you were there. I think it was God.” She instantly got excited. She said as soon as she realized her tire was flat she prayed that someone help her and I was there immediately. As far as she was concerned it was a miracle. As far as I was concerned, God showed up again.

Some things just can’t be explained.

The event above is just one of countless experiences I have had when “God spoke to me” through events, people, songs, the Bible, other books, or signs like the one on the side of the truck featured above. When I captured that picture, I had literally asked God about a potentially stressful financial situation in my life. I was trying to remind myself that I know that all my needs are met when I need and that I should never worry according to Matthew 6 which says:

25 “Therefore I tell you, do not worry about your life, what you will eat or what you will drink,or about your body, what you will wear. Is not life more than food, and the body more than clothing? 26 Look at the birds of the air; they neither sow nor reap nor gather into barns, and yet your heavenly Creator feeds them. Are you not of more value than they? 27 And can any of you by worrying add a single hour to your span of life?

Reminding myself of this, I laughed with God in my inner being that I had once again almost slipped into forgetting that God is my supply. One of the things I often say to myself when I go off the rails is, “If I truly believe God supplies all of my needs then I can only want what I don’t need.” With that I corrected myself and prayed that I would not slip again. Just then, up come this truck. HAHAHA. There’s no way I could have planned for that or explained how that timing lined up. But there it was despite the fact that I can’t explain it. Such is this relationship. I guess it’s just something you have to live with.

3 thoughts on “When God Shows Up”

I Am From Here, Nowhere, and Now Here