Advent is over. There is no more waiting. No more preparation. We have received the gift of God’s sacred Presence (Christ) in the realm of humanity. Now what? What will we do with this Christ?

What Paul would say is that if we have received Christ, then we should put on Christ so that the Christ within, is apparent without. In other words, we should clothe ourselves in Christ so that when people look at us, they see Christ. A man who once prided himself on the perceived righteousness that came from being religiously justified, there was a time when Paul would have considered it blasphemous to think that a mere mortal could consider themselves worthy of being a stand in for the Christ. But after his encounter with Christ on the Damascus road, Paul began the long process of unlearning his previous worldview and within three years he was traveling the known world giving all that he had in him to convey this revelation that we are in fact qualified to be the image of Christ for the world.

The scripture above states that those whom God foreknew, God also predestined to be conformed to the image of Christ? Is there anyone that God did not foreknow? Curiously however, after 2,000 years of witnessing, many of us still don’t feel worthy of putting on Christ. We still don’t think we are adequate stand ins. We fear that somehow we can tarnish the image of Christ if, when people are looking for a sign that Christ truly is among us, they encounter us instead. Why do we think this? Perhaps it is because we still think like Paul did prior to Damascus—that we must be religiously justified. We think that we must have all of the scriptures memorized, have a past without blemish, and never make human foibles. What we don’t realize is that the only qualifications we need are the willingness to increasingly love God and people. If we do that, everything else works out for the good, because the purpose of God is love—pure and simple.

So, this year, let’s dare to put on Christ for Christmas. Jesus was called the firstborn of many. Let us resolve now to be counted among them.

Prayer: Giver of the Christ, strengthen us in our inner beings that we might confidently walk in this world as Jesus did. You have trusted us with your Holy Spirit and found our hearts a worthy home for Your Presence. Help us to see in ourselves what you see in us, so that we might willingly bear the image of Christ for the world.  Amen. 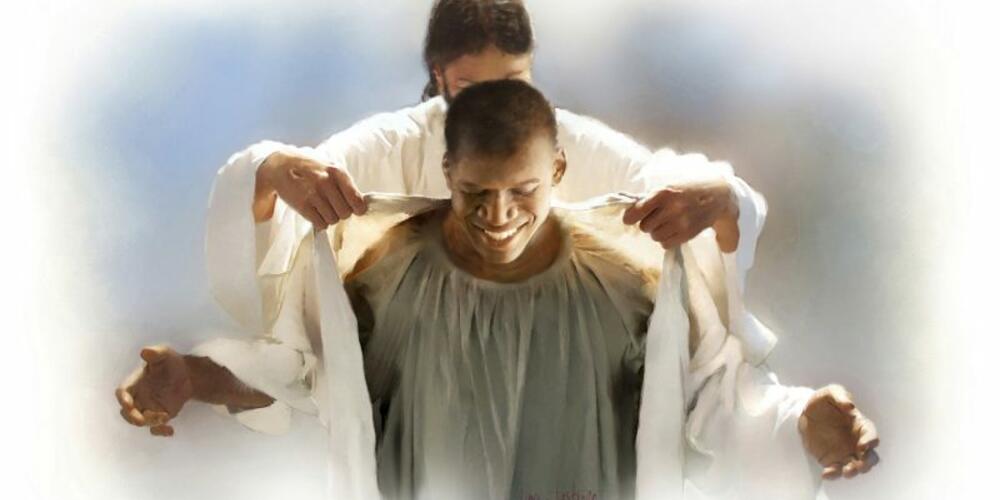 One thought on “What Do We Do With This Christ?”

What Will You Say?

A Friend In Need

Waking Up to You

Atlanta Toyota Sales Consultant Graduating Class 2005. The two of us with locks cut ours off and now @c_kidda_dahairninja has them. The world has flipped upside down.
This happened. Welcome Cocomoco and Pedro Jr. Jr.
Big sister made matching skirts.
You are somebody.
Happy Mother's Day Kelly. Thanks for all the adventures with you and the girls.
I cannot compare my life now to anything I've ever done before. Take today for example. I never in a million years would've thought I'd be on a corner in a mask dropping off Holy Water to someone. But when my new friend Sammie Leon Lawrence IV asked me if I could secure him some for his upcoming pilgrimage, I asked a Catholic priest friend of mine if he could hook me up. When I went to pick it up he said to me, "You know you could've done this yourself." Thinking he was serious at first I said, "Well, I'm Protestant man. I don't know about this." To which he smiled and said, "All you have to do is boil the Hell out of it." He then proceeded to laugh 😁 🤣😅. A little while later, right as I made the drop off, my Rabbi friend called me to see how I was handling all of the changes and processing all of the division in our society. In that moment, I was reminded that God is big enough to hold all of our differences if we could just stop being so small minded sometimes. This faith journey is a trip. The more I learn the more I realize how little I know. But I do know this. #Godisbigger